There is an opioid abuse epidemic in Georgia and throughout the entire country. Opioids are used to dull the sensation of pain. Opioids are a class of drugs that include the illegal drug heroin, synthetic opioids such as fentanyl, and pain relievers available legally by prescription, such as oxycodone (OxyContin®), hydrocodone (Vicodin®), codeine, morphine, and many others. Many produce a sense of euphoria and result in addiction.

Opioid drugs also pose the danger of accidental overdose, which can stop breathing. By definition, overdose is ingesting more than the recommended amount of a substance. Drug overdose often implies the toxic and overwhelming effect of drugs taken in amounts greater than the body has a capacity to handle.

Naloxone blocks or reverses the effects of opioid medication, including extreme drowsiness, slowed breathing or loss of consciousness. Naloxone is used to treat a narcotic overdose in an emergency situation. It should be used until the patient can receive emergency medical care for an overdose.

How to Administer Naloxone

Naloxone is a short-term measure for an overdose – it is essential to notify medical professionals as quickly as possible. 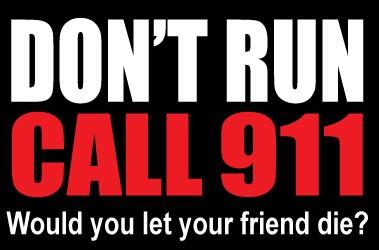 Prescription opioids can be prescribed by doctors to treat moderate to severe pain, but can also have serious risks and side effects. Common types are oxycodone (OxyContin), hydrocodone (Vicodin), morphine, and methadone.

Fentanyl is a synthetic opioid pain reliever. It is many times more powerful than other opioids and is approved for treating severe pain, typically advanced cancer pain. llegally made and distributed fentanyl has been on the rise in several states.

Heroin is an illegal opioid. Heroin use has increased across the U.S. among men and women, most age groups, and all income levels.

There are two ways to access a naloxone rescue kit from a pharmacy in Georgia:

How to Get Help

The longer opioid drugs are used, the greater the danger of addiction. Once addicted, withdrawal symptoms occur upon stopping use of the drug. These include pain, nausea, vomiting, muscle cramps, depression and anxiety, and they can last for a week or more. It is dangerous to go through opioid withdrawal without medical assistance. Call the Georgia Crisis and Access Line for help: 800-715-4225.