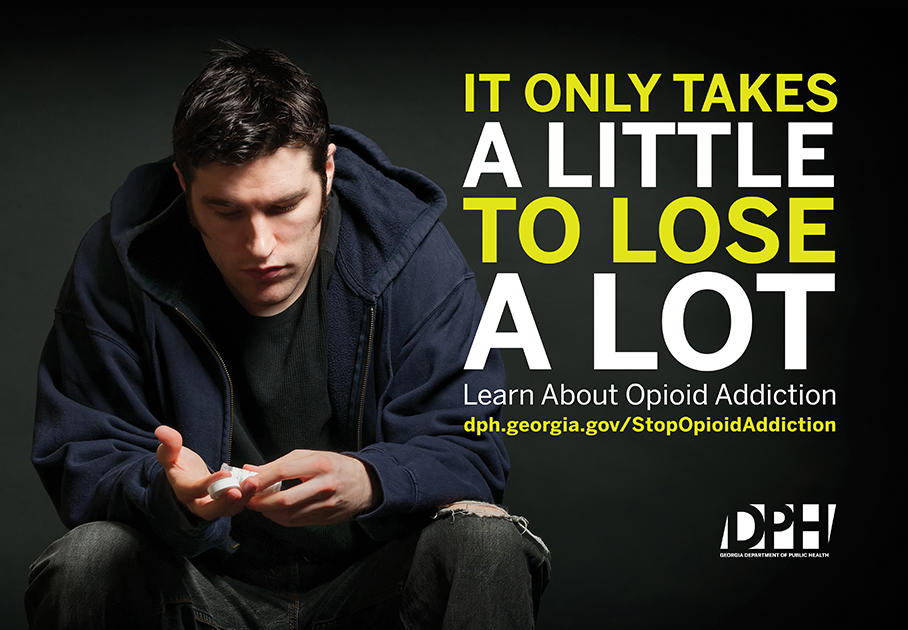 The nationwide opioid epidemic started in the 1990s when physicians began overprescribing the pain-relieving drugs. From 2010 to 2017, the total number of opioid-related overdose deaths in Georgia increased by 245 percent. In October 2017, the President declared the opioid crisis a national public health emergency, and in Georgia, almost two-thirds of drug overdose deaths were attributed to opioids—1,043 total.

Opioids are used to dull the sensation of pain. They are a class of drugs that include the illegal drug heroin, synthetic opioids such as fentanyl, and pain relievers available legally by prescription, such as oxycodone (OxyContin®), hydrocodone (Vicodin®), codeine and morphine. Many opioids produce a sense of euphoria and may result in addiction. Opioid drugs also pose the danger of accidental overdose, which can cause permanent organ damage and death.

The Georgia Department of Public Health (DPH) is working to combat the opioid epidemic by developing and maintaining the following programs: